Adventure, Dreams Licence to CreateDecember 14, 2018June 12, 2019No Comments on Being defined by a mark on a piece of paper.

learnt the outcome of their HSC,

a culmination of the last two years of study.

And would you believe it, Student injured in fire after burning his study notes!

However, for some students, the news was not all positive and not necessarily what they had hoped for. For others, it was exactly what they thought it would be, and the results were not as good as they would have liked.

There is now incredible pressure placed on students

It is no wonder that for some

they reach a breaking point.

I have two daughters who are well past their HSC now, but I still remember that time. Today I speak from my own experience as a parent and the journey of two incredibly creative and gifted young women.

Women who are not academics, and as a result, received ATAR’s in the 50 – 60 range. My advice to them was to do their best, invest in their HSC and study, deliver your assessments on time, take care of yourself and whatever the outcome is, it is! And that is what they did.

It was not smooth sailing.

There was some anxiety and stress along the way, and one of my daughters was diagnosed with depression which brought with it, its own challenges. One of the girls lost their voice just before she was due to deliver a vocal performance. The other had a teacher deliver some of the wrong curriculum in year 11, meaning that she had to make up lost ground. 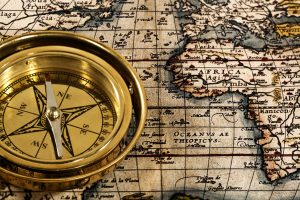 They were challenging times however it was not the end of the world. Instead, we chose to see it as the beginning of an adventure, a  time of discovery and exploration, even if we didn’t know where it was leading. The planning of an alternate pathway, one that didn’t necessarily slide them straight into university.

they are working towards

My elder daughter didn’t get accepted at the University she wanted, and she had to begin her studies elsewhere. Four years down the track she applied and was accepted at her first-choice university and is completing her studies there.

My other daughter chose a different path. She spent two years studying at TAFE and then discovered that she wanted a different career. Now she has multiple qualifications under her belt and is working in a job doing what she loves. She continues to study and is growing into a well-rounded individual, who volunteers her time and also has her own small business.

Even with all this good support, I remember one of my girls being devastated when she received her ATAR, even though it was what she expected. I also remember them cringing when people would ask them how they went.

So today when you are talking

to a young person

who has just received their results:

• Ask them how they are, not how they went
• If they voice their concerns acknowledge them, even if you believe that they are unfounded, it is their reality
• Be supportive – not judgemental and full of advice
• Encourage them to believe in themselves
• And above all let them know you are behind them 100%, no matter what their HSC results were

These are all things

we can do every day to support

not only our students but also each other.

Life is too precious to let it be defined by a mark on paper, HSC or otherwise, so let’s ensure that we don’t create an environment that feeds that opinion.

Instead let’s nurture, and encourage,

creating excitement at the possibilities

Being defined by a mark on a piece of paper.